Marisol gourmet sea salts are gathered by hand from saltpans in the protected nature reserves of the Ria Formosa and Sapal do Castro Marim on the Atlantic coast of Portugal’s East Algarve.

Pictures of our products and our partners’ salt works

Through gravity, sea brine gradually concentrates as it moves through a network of evaporators until salt crystals precipitate naturally in small crystalliser ponds, called saltpans. The system of saltpans used for concentrating and crystallising Atlantic sea brine was introduced to the Algarve by the Phoenicians and then perfected by the Romans.

To produce Sal tradicional, the traditional sea salt, fresh Atlantic sea water flows into the evaporators, evaporating gradually in successive ponds, until it reaches a salt concentration of about 220 grams per litre. The sea water is then channelled into small, flat crystalliser ponds. At a concentration of 250-280 grams per litre the salt starts to crystallise, and precipitates over a period of several days, when it is harvested.

After each harvest, new brine is added and new salt crystallises. The process is repeated until the last harvest in September, before the autumn rains begin to fall. 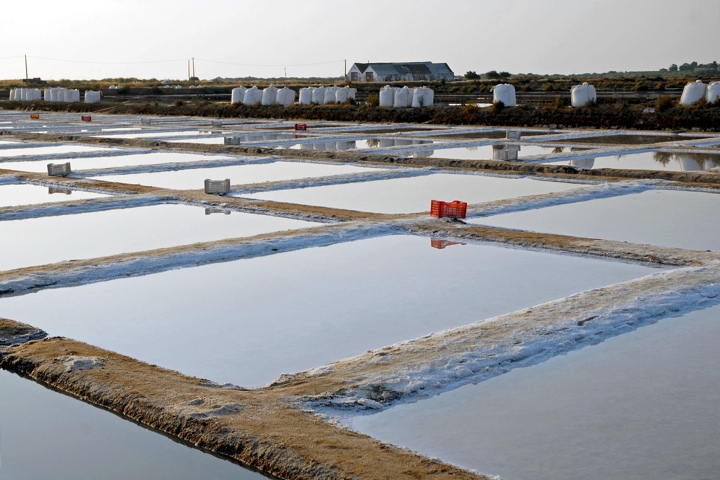 We harvest our Flor de Sal and Sal tradicional according to the natural cycle of the year, in order to guarantee quality and taste. Delicate, flaky crystals of Flor de Sal are carefully skimmed from the brine’s surface on a daily basis, during the summer evenings, from June to September. The flower of sea salt is then left to dry naturally by the sun and the wind.

Artisan salt gatherers use hand-crafted, butterfly-shaped sieves - ‘borboletas’ - to skim the flaky Flor de Sal crystals from the water’s surface. The skilled artisans know by experience when they have skimmed the very best flakes, by the sound the sieve makes.

Traditional sea salt (Sal tradicional) crystallises in the clay bottoms of the saltpans and is gathered by hand every 3-4 weeks using traditional wooden rakes, called ‘rodos’. The naturally white salt is then shaped into piles where it dries in the sun and the wind. This preserves the typical moisture and mineral composition of the unrefined sea salt. 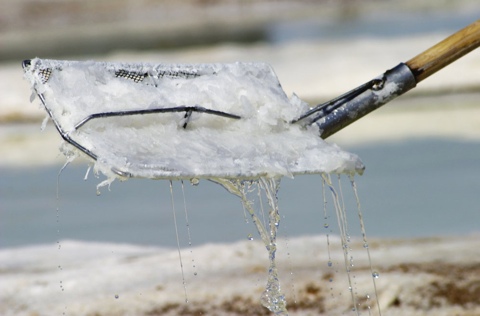 Marisol believes that the sustainable, natural production of sea salt guarantees its quality.

The production of our superior quality sea salt and especially of our flaky Flor de Sal, is limited by weather conditions, manual harvesting, and a desired 1:7 ratio of crystallisation to concentration areas in traditional salt works.

After skimming, the delicate Flor de Sal crystals are carefully placed in specially designed storage boxes to dry in the sun, and to minimise disturbance to the flakes before final packing. Sal tradicional is put into large bags before it is transported to our warehouse in Olhão.

At the warehouse, impurities are removed by hand from both the Flor de Sal and the traditional sea salt 'Sal Tradicional'. Flor de Sal is packed without further processing, whereas Sal tradicional is milled prior to packing.

Find out more about our processing and food safety innovations 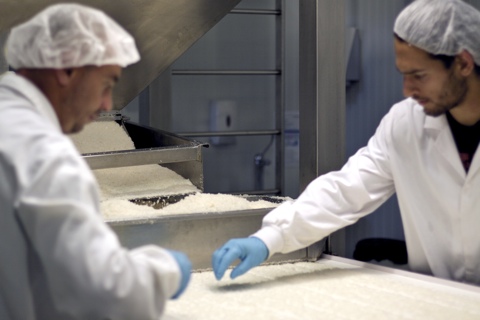 Pictures of our products and our partners’ salt works